John Bissonette's work used a corner of the room as a kind of architectural foil. But rather than looking like a habitable site, it looked more abandoned with various bits of detritus and unfinished painting notions halted mid-sentence on the wall. Mid-sentence is apt as the language that Bissonette is working with as a mixed vernacular that combines the ephemeral with more academic means of delivery. How else would you describe car lot sale flags juxtaposed with random bits of dimen­sional lumber alongside garishly formal paintings in a traditional manner? Unlike John Berryman's linguistic mash-up in his poetic dream songs, Bissonette's stew inhabits a geography of nowhere style that is more akin to Beck's more sparse laments of suburban ennui driven art interventions. As such it begs an interaction from behind the window of a second hand Japanese car and leaves us with a vaguely disquieted feeling. 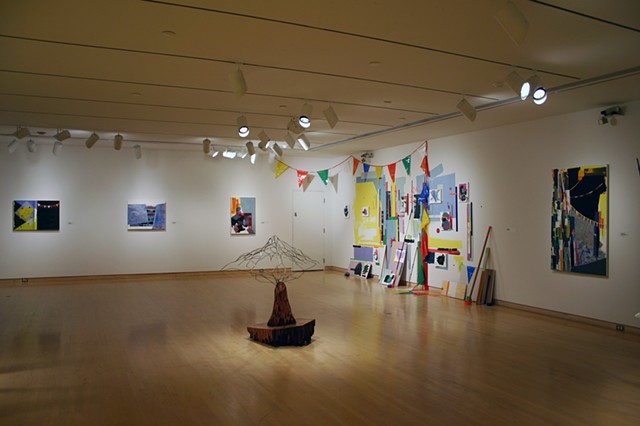 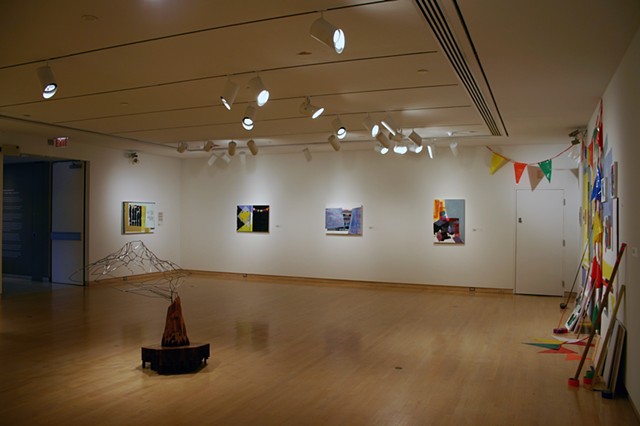 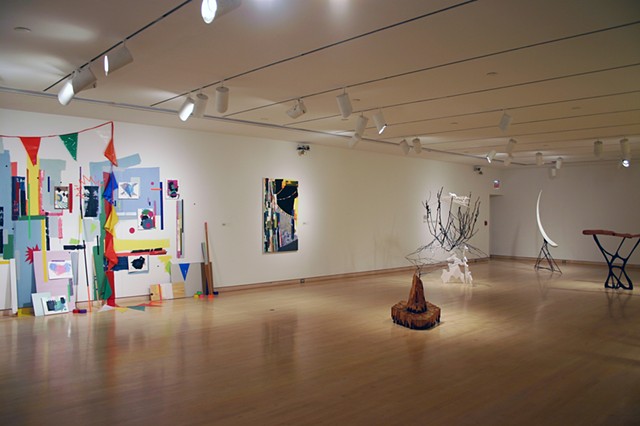 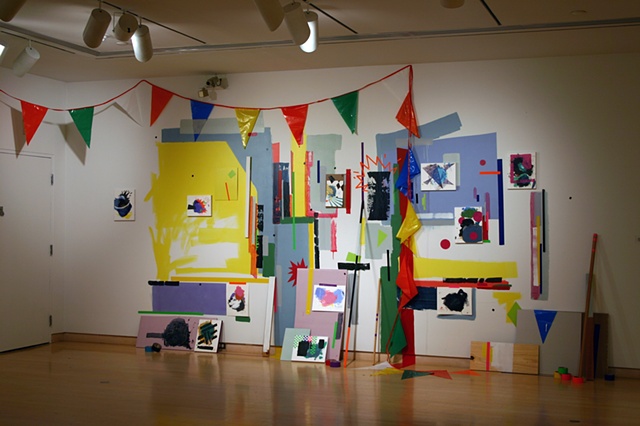 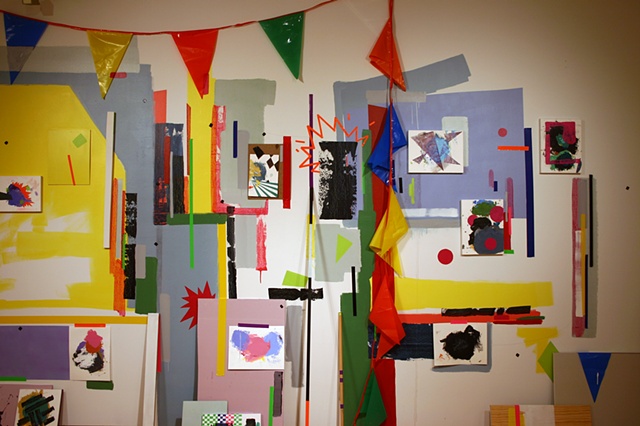 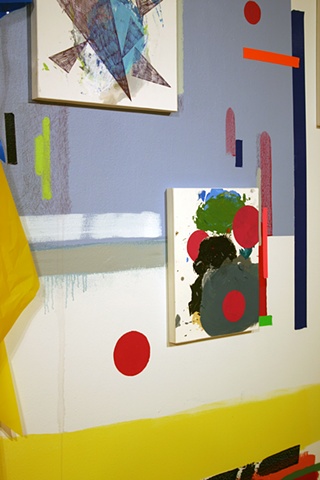 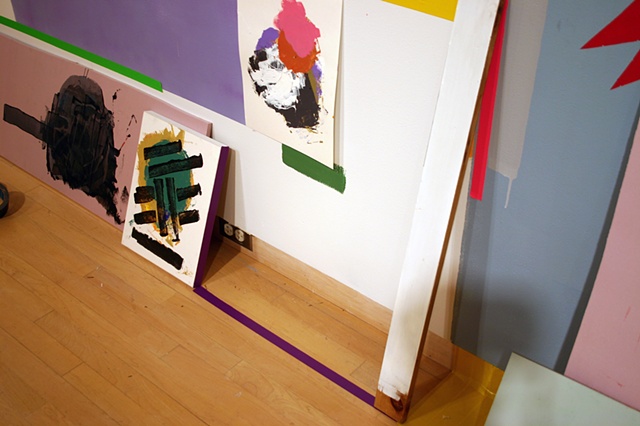 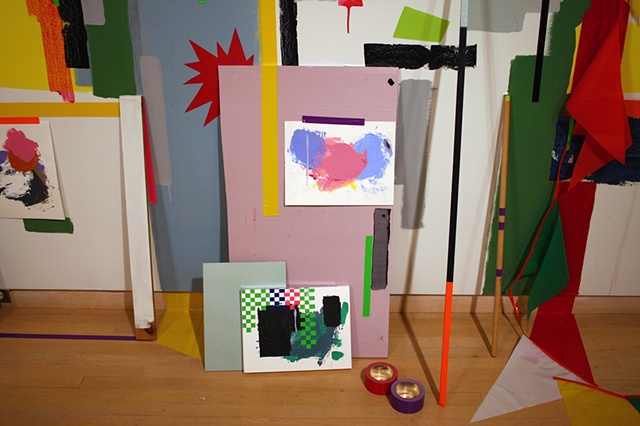 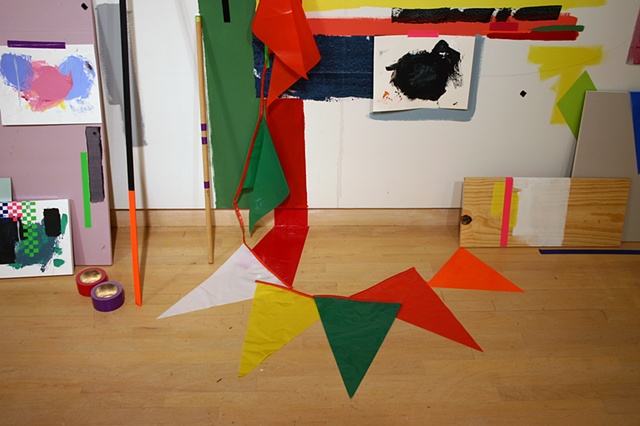 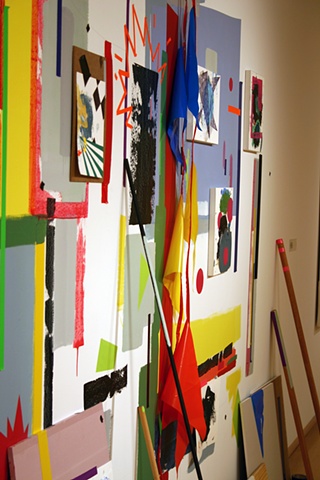 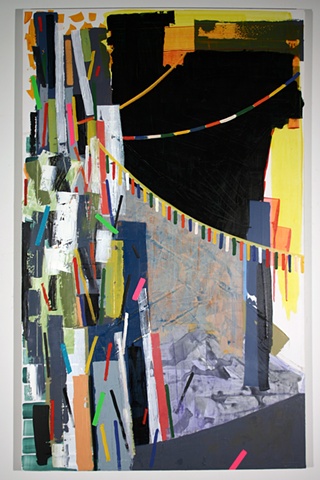 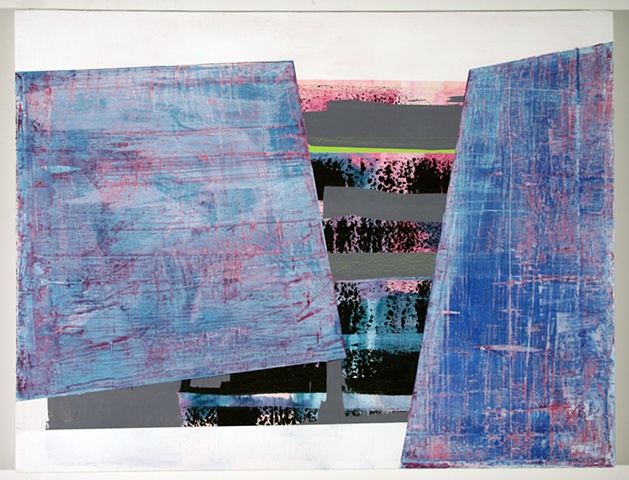 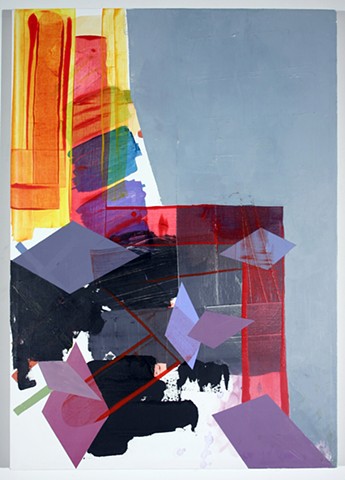